The proposal of the religious traditions, to a society articulated upon initiative, creativity, innovation, and continuous change in all levels of life, cannot account for “linking”. It will account for trust and acceptance of an offer supported by the acknowledgement of quality of the Masters and the great books; an offer that causes free adhesion, not to formulas, but to a quality and a spirit that generate certainty without subduing to fixed forms of thinking, feeling, acting, and living.

On a globalized society of innovation and continuous change – in science, technologies, ways of working, and organizations, in systems of collective cohesion, and purposes – the spiritual path, which has been called “religion”, can not pass for beliefs.

Under these cultural circumstances, what so far has been called “religion” – and which we will call “inner path” or “path of silence” due to the lack of a better term – cannot offer “beliefs” to new societies. Whatever it offers, if it is wrapped on beliefs, it will not be accepted.

To avoid misunderstandings, we will have to clearly distinguish between two ideas: “belief” and “faith”. These two had been together on previous societies, but on new cultural circumstances they will have to be clearly distinguished.
Faith is a fact of knowledge, but it is also a divine gift, not conceptual or symbolic news, but “from essence to essence”, as Meister Eckhart says. It is a ray of light, dark for our habits of knowledge. Pseudodionysius the Areopagite calls it “ray of the Divine darkness”.

Faith is a non-conceptual and non-symbolic knowledge. It is an knowledge empty of representation, of essence to essence. It is dark news which creates certainty; a certainty that results in obscurity because it does not follow the patterns of our daily knowledge, where news and certainty are always linked to representation.

Unlike representation, news and certainty are given in faith. The news is powerful and it generates an imperturbable, but hollow, certainty. Therefore the expression “from essence to essence” is fair.

Faith is news from God, from It, from the Absolute. Although it comes to us as a formulation, it is not the formulation that causes certainty, but the “touch” —on S. John of the Cross’ words— that is not particular because it is from God himself. That “touch” penetrates in the substance of the soul and it tastes to divine essence and eternal life. It renews the spirit; it cleans it because it takes it away from egocentrism, the source of all impurity. It affects the mind directly but reverberates on the senses. It is intimate but strengthens. Even if it is of essence to essence, it reverberates on the perception of someone who is alive, like us.

The wise explain that it is dark, truthful news that is worth more than a thousand feelings and knowledge.

It is not the achievement of any strategy or human method.

It is known that one is in contact with the truth, although it is a truth different from others linked to forms. Therefore, it is similar to a ray of dark light. And it does not suit darkness to oppose reason, but to be a shapeless and certain truth, even if it rides on forms in traveling from its mouth to ears.

A belief is an unconditional adhesion to forms and formulations, considered as revealed by God himself. That absolute prestige makes them untouchable. A belief is not a religious fact itself. Beliefs belong to the collective programming device of societies that used to live by always doing fundamentally the same, as pre-industrial societies used to do and, therefore, had to exclude and block change.

There is a basic principle of evolution of cultures: facts, experiences and religious initiations are always poured on pictures and programming systems and valid culture of communities. There is no other possibility.

From this principle we can deduce that, in static societies, which during long periods of time (maybe millenniums) live doing fundamentally the same and that have to block change, religion can only be presented in the form of beliefs. This is the reason why faith and beliefs have been together for so long. When societies have to live from innovation and change, this association is not viable.

Under new cultural circumstances, social groups have to live from continuous change, therefore, they cannot be based on believes, which are untouchable; they will have to be supported by ideas and projects. Big traditions cannot offer pictures of believes to these societies, but offer another kind of reality, which will consists on other way of access to our faculties to our daily reality.

To offer another kind of access to reality for human faculties entails to invite a process of transformation and refinement of those faculties to make them appropriate for a new knowing, new feelings, and new ways of perceiving and acting. The kind of process to which religious traditions invite us, is similar to the process to get to understand and live the music, poetry, painting, and fine arts in general.

The process to which religious traditions invite us is a path.

What is this path according to the teachings?

It consists on going from reading, pondering, and dealing with reality from the need of a living creature to read it, ponder it, and deal with it from the silence of need. The Only One is present in this silence.

The path proposed by traditions, the Way, is a process of silence. Of what? Of interpretations, evaluations, and uses of reality from need. Silence conducts to the condition of a lucid and selfless witness.

Silence of need and acquisition of the condition of a witness is equal to the pass of a dual vision and feeling of reality to unity.

Need requires to make a reading of reality that divides it into two big blocks: the subject of needs (all living creature is one) who has to be recognized as a nucleus of believes and an autonomous actor, and a field (the world of a living being), the rest of realities, where he will satisfy his believes.

This duality subject of needs/field where to satisfy his needs is built by the living creature for living.

Religious Masters say that is not what there is, but what each living subject, men and animals, requires to see.

Who hides the need, conceals duality. Who conceals duality, allows his or her faculties to access a reality which is not dual, in which there is no subjects of need and predators or objects to consume. Neither are hunters nor hunting fields.

Transit from a stage to the other is the way, the path, the schedule of silence, the big transformation, the change to unity.

In the prior industrial societies, which were static, and in societies of the Industrial Revolution, which were mixed (prior industrial and industrial at the same time) and, besides its movement, kept being static, the way was articulated and lived from beliefs. It could not be of any other way; otherwise, society would have been attacked by the teachings of the Masters. In the new cultural situation, societies of knowledge, of innovation and continuous change, change will have to be made without beliefs. 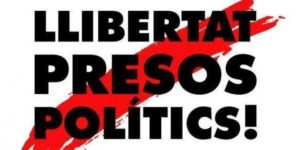 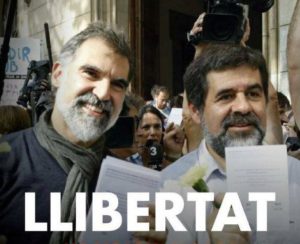